Oscar Wilde once said “There's only one thing in the world worse than being talked about, and that is not being talked about.” a sentiment which I wholeheartedly agree with. However I mean this when applied to my own social life. I like to think if I was in charge of one of the most famous and powerful brands in the world I’d tone it down a little bit. This was clearly not a thought that went through the minds of some anonymous figures at Balenciaga who allowed their recent ad campaign to feature a series of images of children holding bondage-clad teddy bears. You think that’s edgy? There was even a poorly hidden document about virtual child porn tucked away in the background.
This sort of controversy-courting has been going on for years in all forms of advertising and fashion houses like Balenciaga are famous for trying to shoe in the shock factor wherever they can. The sort of short-sighted, trauma triggering, faux-art bullshit that Balenciaga have allowed to happen is not some sort of victim of cancel culture or threat to freedom of expression: it’s offensive and potentially dangerous to a massive section of society. The question is how far will companies go to promote their brand? Do they actually buy into the PT Barnum adage that “all publicity is good publicity”?
The amount of people within these powerhouses that must have to green-light every step of each campaign means that surely they can’t just be a mistake. There can’t be that many ignorant people employed at every level to just ignore the harmful undertones depicted in their ads. I mean it’s a possibility but I’m not buying it. What seems much more likely to me is these already well-established brands are aware of exactly how much controversy they’re going to create and take the risk of a downturn in sales just to get people  constantly talking about them. In the age of social media there is something powerful in trending that seems to be more powerful than the actual reason for trending.
There’s numerous examples from the past of racist, misogynistic, sexist advertising from all corners of the corporate market and, in these cases, it can be tempting to put them down to changing attitudes and values. This isn’t to say, for example, racism isn’t always racism but as a society we have surely progressed beyond using some ignorant stereotypical portrayal in order to sell a product. What we don’t seem to have progressed beyond is hinting wholly unsubtly at a whole host of offensive notions in order to get people discussing a brand.
Take a look at some other examples of this sort of bullshit below. From the racist or sexist, to simply ignorant our-product-saves-the-world bollocks, it doesn’t seem to me like any of these brands have suffered as a result of any controversy. Perhaps that really is exactly the point, eh?
McDonalds Dead Dad
Start off lightly with this little gem. Kid gets sad because he doesn’t seem to share any of his dad’s traits. His dad is dead by the way and the kid doesn’t remember him. How sad. Thank fuck for his mum though: she takes him to McDonalds and it turns out they both loved a Filet-o-Fish and couldn’t eat without getting it all over themselves. A shameless bit of heartstring tugging to try and sell something that hardly anyone eats.
Kendall Jenner Sorts The Whole Mess Out
Just like how her sister sorted out fast fashion by teaming up with fast fashion bastards Boohoo,  Kendall Jenner decided to team up with notorious peacemakers Pepsi in order to calm everyone down over the whole Black Lives Matter thing. What else do you do when there's justified outrage over systemic racism, murder, and police brutality? Give a copper a can of fizzy drink, of course.
Heineken: Lighter is Better
I refuse to accept that this was just an oversight. In a campaign called 'Lighter is Better' a bartender slides a bottle of Heineken across the bar where it slides past several dark-skinned women and lands in front of a light-skinned woman. Now I'm guessing the inference is that because the beer is light it slides better but in reality... what the fuck?
Nivea: White is Purity
Surely I don't even have to say anything about this: Nivea released a campaign called 'White is Purity'. Once again how the fuck did nobody involved go "hang on a minute, I've just had a thought, do you think that slogan could be a little... insensitive?". The implications of associating white with purity, untainted, is wide-ranging and probably more of an issue than I'm qualified to tackle. But just as a bit of insight: the racist AltRight movement quickly picked up the ad for their own means. Huge Financial Company Turn Poverty into a Game
This is just rank, tone-deaf, and ignorant. There's not much  more to it than that. To take child hunger and turn it into some sort of betting accumulator is just the sort of mindless billionaire stunt that exemplifies everything wrong with the capitalist system. Dickheads. 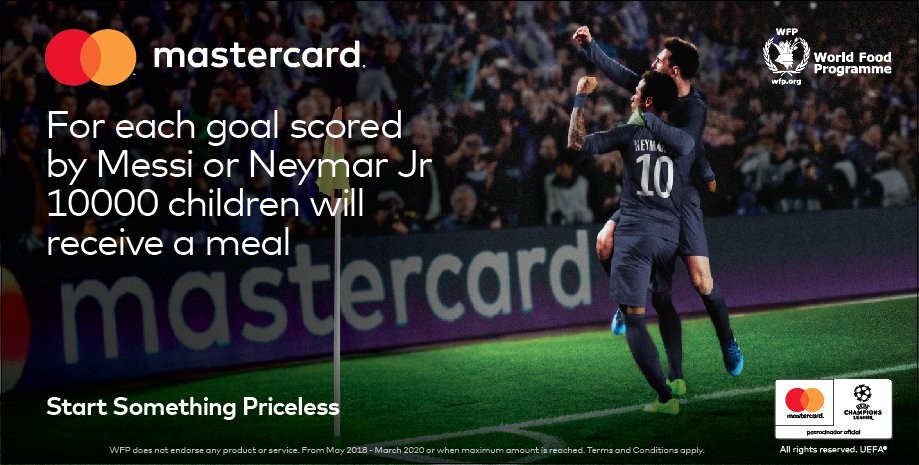