Like the bald eagle and the Statue of Liberty, the Harley Davidson is a lasting and poignant symbol of Americana. When Dennis Hopper and Peter Fonda rolled through America at the end of the sixties, Harley Davidson was the ultimate icon of cool. Something purely for the rebellious counterculture that had thrived throughout the fifties and sixties.
Today that same rebellious spirit lives on through the choppers and, arguably more so, the clothes. Harley Davidson apparel has been available for over 100 years, nearly as long asa the motorcycles. By the start of the 1920s Harley Davidson’s were the most bought motorcycle in the world. Because of this Harley had started to make protective clothing for the riders: goggles, jackets, and helmets. With the rise of the motorcycle club in the 30s and 40s came customised clothing. Protective gear was being customised and clubs were getting customised patches for their leather jackets. Then by the 50s Harley Davidson had developed what we now know as the standard biker jacket: waist length with a belt. In vintage circles it’s not the jackets that are most sought after, functionality is not really the point after all.
Harley Davidson motorcycle tees started properly appearing in the 80s. With large graphics and bright colours there are two schools of Harley wearers: the biker and the vintage collector. For either, an original 80s tee is the ultimate find. Those from the 90s and today have never stopped this same style, and rightly so: t-shirt or motorbike, if it isn’t broke, don’t fix it.

If you want one of those originals you want to know what you’re looking for. So here’s a short guide to help you find the best Harley apparel you can.
The Labels
80s 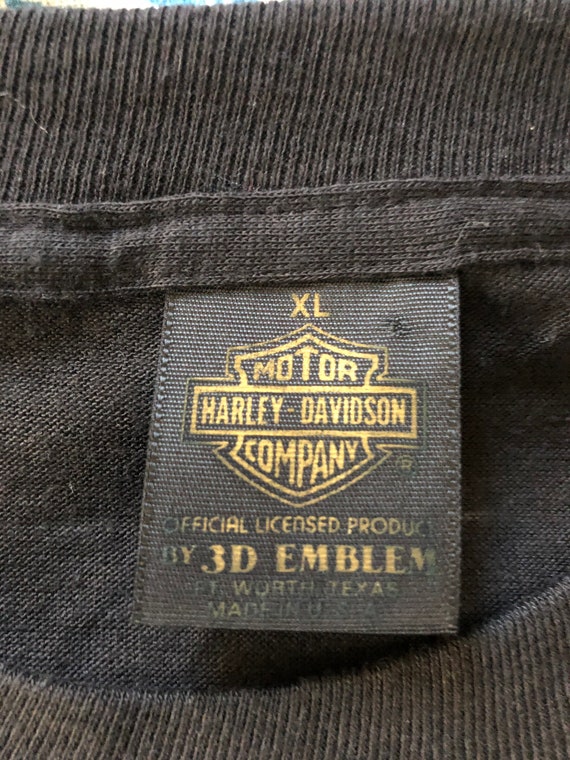 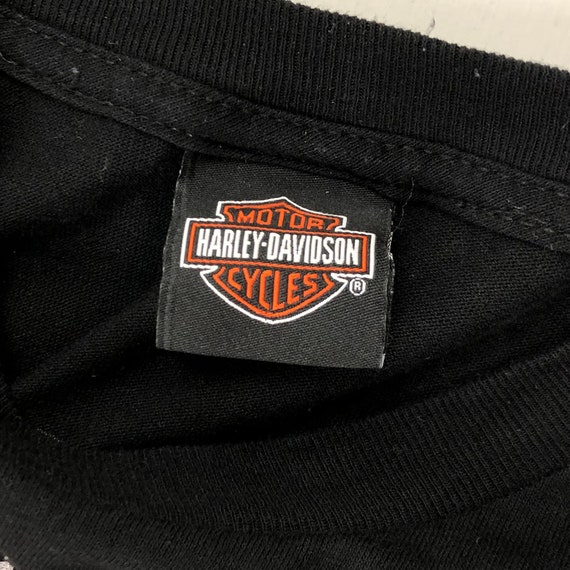 Other Information
Single Stitch: Like most items of vintage clothing, the easiest way to determine an approximate age is by examining the stitching. Looking at the hem of t-shirts will usually show you whether that piece was made before or after the 90s. During this decade doucle stitching replaced single stitching so, if your Harley piece has a single stitch running across it, you can pretty much guarantee it was made in the mid-90s or earlier. 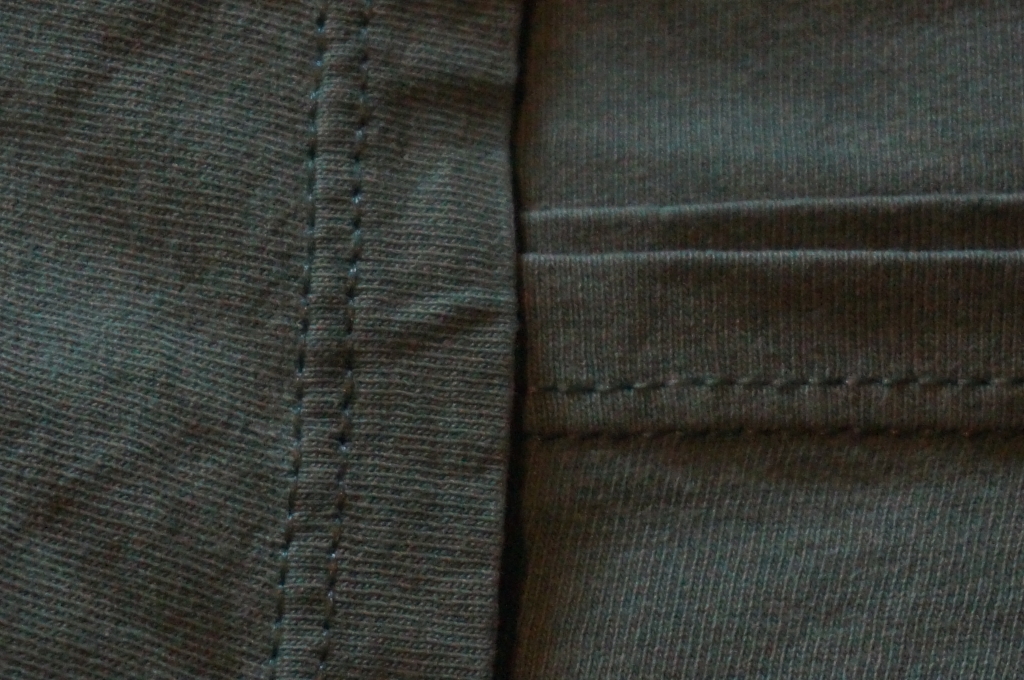 Copyright: Another simple method  which is a little bonus from Harley Davidson. The majority of their clothing has a copyright date somewhere on the clothing. Sometimes on the tag and sometimes below the actual design on the front, the copyright will give you a date of manufacture, somewhere within two years of the stated date.