As the days get colder, the nights get darker, and commercialism creeps its way down the chimney, we’re all looking out for a bargain or two to pass on to our loved ones. If you could neatly wrap a healthy heating allowance I’m sure that’d be welcomed with open shrivelled arms. Failing that though, turns out you can now get your hands on a previously-grossly-overpriced bit of fashion from Kanye West for just $20 which begs the question: why the fuck did it cost so much in the first place and how does it cost so little to make?
Of course those are far from the only questions we should be asking about Kanye West (note: I have not and will never refer to him as Ye, despite the legal implications I might face). I’ve already devoted an entire article to the “apparent” notion that West is an unoriginal idea-thief who has built an entire career off the back of other peoples’ genius (another note: I’m yet to see an actual genius refer to themselves so readily as such). However it seems more and more people are questioning his actions as they steadily shift from baffling to infuriating to downright depressing. 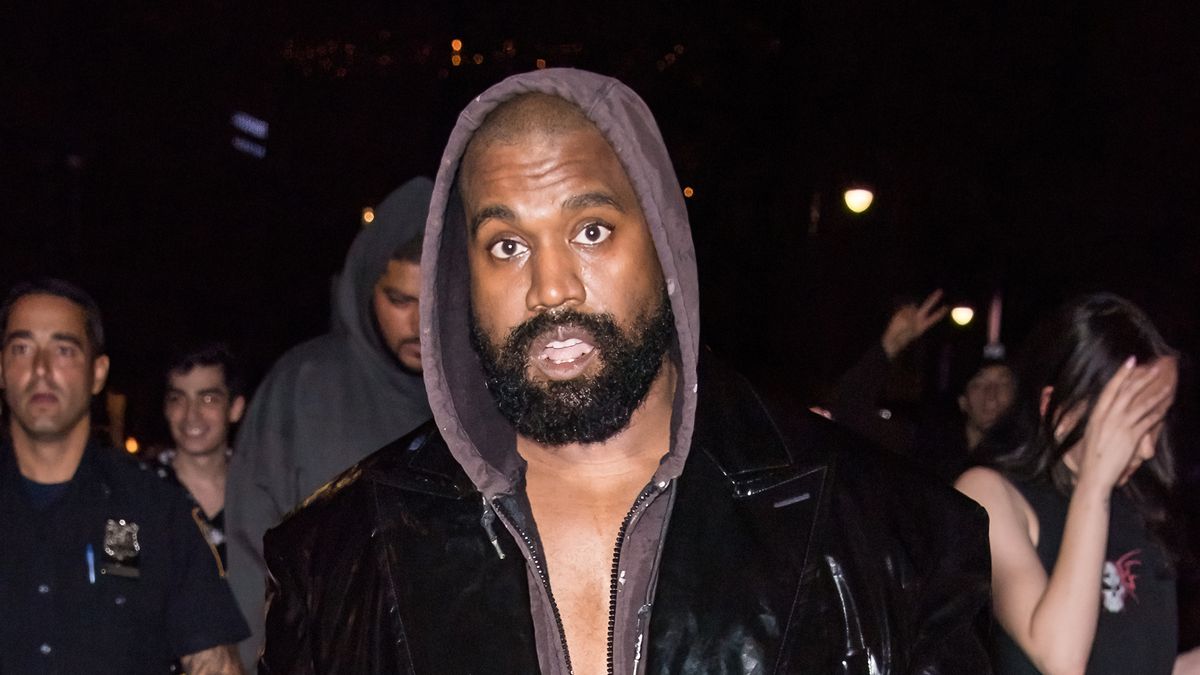 There is no doubt that serious mental health issues are somewhat to blame for some of Kanye’s recent behaviours, and for that I do have a level of sympathy. Watching someone clearly have a major mental breakdown is not easy to watch, particularly when you’re being made to watch it via international syndication. However I’m not convinced that mental health issues are an excuse for anti-semitism, bigotry, or exploitation
Along with previously writing about Kanye West, I’ve also discussed fast fashion and its impact on the climate crisis. Now it seems the two have come together in some sort of prequel to the apocalypse where eventually nothing is left but Kanye West stood over an earth-sized landfill overflowing with dead sweatshop workers draped in all the shit clothes he pretended to design. Which leads me back to my original point. 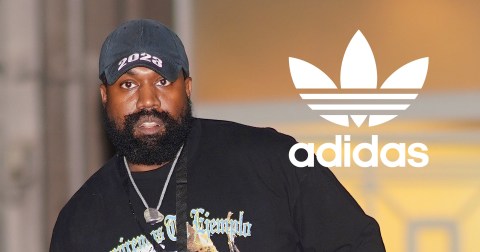 After losing all of his contracts with major labels Adidas, GAP, Balenciaga, being ousted by Vogue and Anna Wintour, and all but going out into the wilderness with nothing but a YE24 loincloth on, Kanye has decided that he’s now going to launch an affordable clothing range where everything costs $20. The promotional trail for the range will presumably run alongside his own (second) race to become President of the United States of America 2024©. This level of absolute ignorance and (now-ex) Billionaire Club Bravado is scarily precisely what got his mate Trump into power. Not that I think he’ll actually make it that far. But that is what I thought about Trump. Fuck.
Well, unlike the Teflon Don, at least Kanye West seems to care about equality (as long as you’re not Jewish), right? Discussing his latest visionary venture, West said:

On the surface that seems like a commendable outlook. It’s just that it’s a commendable outlook pitched from the top of an LA mansion to all the migrant workers that keep it in pristine condition. It’s the same sort of blind rich I Can Save The World attitude that keeps Sean Penn jetting around the world to bemoan inequality and lets Bono do whatever the fuck Bono does.
The problem with this is that in reality (most people’s reality, anyway) there is almost always suffering at the heart of production, regardless of what’s being produced. With cheap clothing, this suffering lies not only at the beginning but at the end and well into that future that Kanye is so focused on. In order to make fashion affordable every process along the way must be affordable too; the lengthy journey from factory to high street is one over very rough seas. Both literally and figuratively. 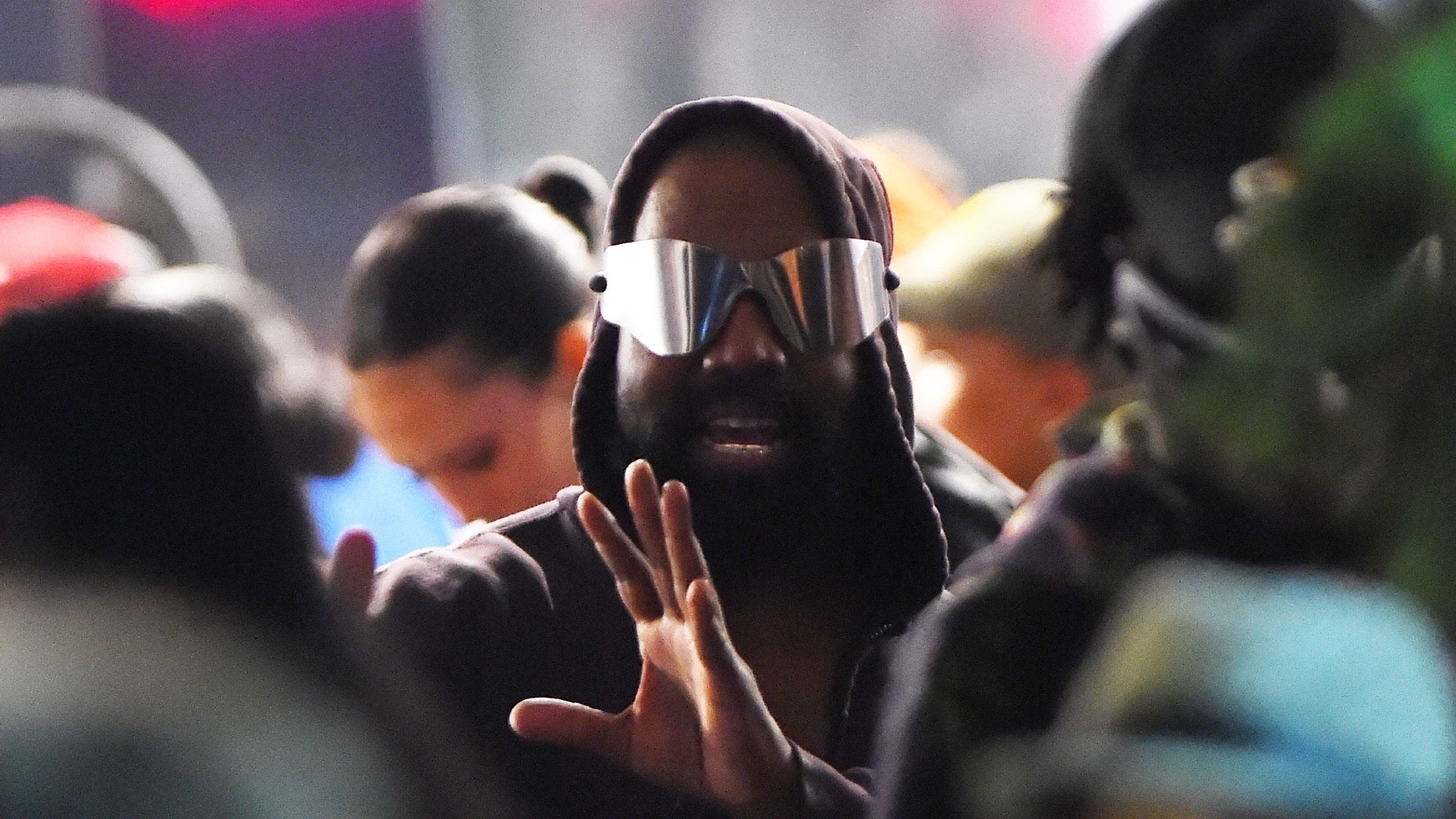 I won’t go into detail yet again about the major global impact of fast fashion but, very briefly, fast fashion is wandering into our bedrooms, fucking us all, then sticking around in the morning to devour everything it can find. By promoting cheap clothing, West is essentially promoting cheap synthetics, pollution, and modern day slavery. Capitalism itself has always been hoisted up by these very issues: the Billionaires Club fronted by 21st century Pharaohs dripping with gold.
I am sure that Kanye West actually believes what he’s saying about equality. I’m sure he, as a black man in America, has some idea of the struggles faced by the least privileged in society. It’s just that in becoming one of the most privileged, it can be difficult to see past your own ten-foot security gates and down the hills to the people below.
And if that seems an extreme view, go read about some of Kanye’s and come back for another read.
In fact he’ll probably give me another articles worth of ammo in a week or two.
Share